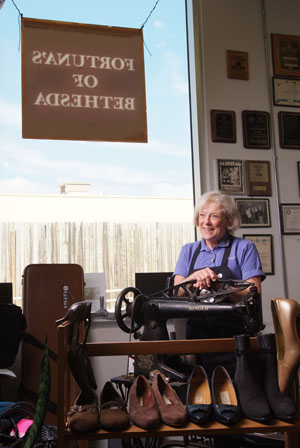 Businesses appear and disappear from the streets of large cities and small towns every day. A stop-action film of any community would seem like a boiling froth of small businesses — with shop fronts popping into existence and either radically changing or neatly winking out of sight within the space of a few frames. 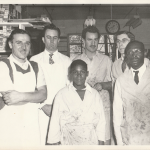 For the small town of Bethesda, Maryland, that same stop-action movie would seem less like froth and more like an instant come and gone. Over the course of the past half-century, the landscape of Bethesda has changed completely and irrevocably. Tiny shops and cement factories have given way to fancy restaurants and upmarket chain stores. 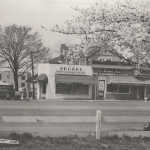 Fortuna’s Shoe and Leather Repair on Wisconsin Avenue, circa 1940

But, watch that stop-action film again, and keep your eye fixed on the part of the movie that remains constant. Keep watching the one shop that moves just twice in over 75 years — each time, only a few blocks away. Keep watching the stream of customers going in with their children in tow, and leaving as silver-haired retirees — their children fully grown and helping them across the now busy streets of Bethesda. 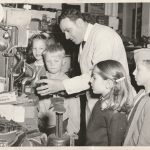 Now watch those grown children go in with children of their own. And still, the same sign hangs over the door. Still the same culture of trust and respect radiates outward from the shop, and is reflected by the community. Now read the sign. The word itself evokes the principal force of change at work in our lives, and the principal force of any stability we enjoy: FORTUNA. 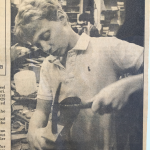 A young Fortuna, age 12, takes his turn at the last.

For almost 100 years, this small business has been a beacon of stability for the otherwise ever-changing landscape in Washington, Maryland and Virginia. Founded by the son of immigrants — a first-generation Italian American, Fortuna’s is still run by the Fortuna family and (we are very lucky to be able to say) some of our life-long friends.

Come and see us. Bring us your shoes, your handbags, your luggage, your leather. We will extend its life and value for you and do everything we can to make sure you keep coming back when you need us. We’re in the business of spreading trust — in our community and in each other. We are in the business of life-extension, of stability and hope.

As our founder, my grandfather, Joseph W. Fortuna had emblazoned on his stationery seventy five years ago: We save soles.